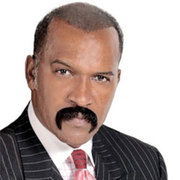 Dr. Reginald Lawrence is the Founder and Senior Pastor of Church of Deliverance International, a non-denominational multicultural Bible-based Spirit-filled ministry based in Hawaiian Gardens, CA.

Dr. Reginald Lawrence met his wife Dr. Brenda in 1989, and soon after joined Bethel Church of God in Christ in Los Angeles, California, where she was a member. In 1990 he was baptized, and married by Pastor John M. Richardson. Soon after he was filled with the baptism of the Holy Spirit and began to serve under Pastor John Richardson. He served faithfully with the Pastor and church, until he received his own call from God to Pastor. In February of 1995 Dr. Lawrence was affirmed and blessed by Pastor John Richardson, to use their church facility to begin their ministry. It was there that Dr. Reginald and his wife Dr. Brenda began Church of Deliverance International.

Apostle enrolled and attended Bethany Bible College for three years. He studied Evangelism, and he received a Certificate of Achievement in Ministry Training. Afterwards, he attended International Seminary for 3 years and graduated with a Diploma in Practical Theology and Advanced Theology.

Dr. Lawrence completed his studies at Next Dimension Bible College where he received a Bachelor of Arts Degree in Biblical studies, a Master of Divinity Degree and Doctors of Ministry. In August 2011, he graduated with a Doctor of Philosophy in Religious Studies. Dr. Lawrence is also certified in marriage counseling by Azusa Pacific University in California.

He was called and anointed by God to walk in the office of Apostle. He is a gifted Preacher, Teacher, Prophet and Pastor. He flows in the gifts of the Holy Spirit with Signs and Wonders following. As an Apostle of the Lord he has set about to train others in the powerful deliverance ministry. It is his desire that no believer would remain captive in any way to the power of Satan.

Dr. Lawrence has a sincere desire to build godly, wholesome families by teaching and instructing in the Biblical covenant of marriage. He loves the gospel and he has a passion for winning souls. 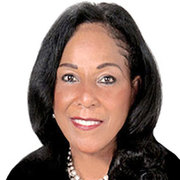 Dr. Brenda Lawrence is co-founder and Assistant Pastor of Church of Deliverance International, Inc. based in Hawaiian Gardens, California.

Dr. Brenda Lawrence was born in Shreveport, Louisiana and raised in Los Angeles, CA. She attended Roger Young Village Elementary School in North Hollywood, California. She attended Willowbrook Junior High School, Centennial Senior High School, and East L. A. College where she received an Associates of Arts Degree. Dr. Brenda also graduated from the Registered Nurses Program, where she received her Registered Nurses License from the California Board of Registered Nurses. After college she spent many years working as Nursing Supervisor for Cigna Health Plan of Los Angeles California. After Cigna, she worked for the Los Angeles County Sheriff's Department, in the position of Senior Staff Nurse. After ten years of service she retired.

Dr. Brenda felt the call of God on her life and joined Bethel Church of God in Christ, where she was water baptized and filled with the baptism of the Holy Ghost. On June 3, 1980 she was anointed by the Holy Spirit to serve as a Prophet. In 1990 she married Dr. Reginald Lawrence who also attended Bethel Church, and is now the Senior Pastor of Church of Deliverance International, Inc. On September 6, 1992 Dr. Brenda was ordained and committed herself to the Lord and to the building of His People.

Dr. Brenda attended Bethany Bible College for three years and earned a Certificate of Achievement in Ministry Training. She went on to receive a diploma in Practical and Advanced Theology from International Seminary and a Certificate of Achievement in Counseling Training from Azusa Pacific University. Dr. Brenda furthered her education at Next Dimension Bible College, where she received a Bachelor of Arts Degree in Biblical studies, a Master of Divinity Degree, and a Doctoral Degree of Ministry . In August 2011, she graduated Summa Cum Laude with a Doctor of Philosophy in Religious Studies, (Ph.D.). Dr. Brenda later became an Adjunct Professor at Next Dimension University.

She has served diligently in assisting her husband to build a powerful Deliverance Ministry. She serves as President of the Women's Ministry. She's ministered at weekly services in shelters and missions for women in Los Angeles, California. She developed prayer ministry workshops, and she often counsels members in the church in marriage and family problems, youth challenges of today and much more. She was the overseer of numerous successful fundraisers for the church. She worked with food distribution on the streets of Skid Row and serves as overseer of the Food Ministry at Church of Deliverance International.

While ministering to women in Missions and Women's Shelters in and around Los Angeles, California, she developed a passion to help hurting women everywhere. Her concern and love for these women led to the organization of W. O. R. D. (WOMEN OF RIGHTEOUS DISTINCTION) - A ministry designed to empower and build the self-esteem and self-worth of women who are hurting. This ministry is designed to show them acceptance and unconditional love; and provide the pathway to learning their potential and responsibilities through the word of God.

Dr. Brenda has ministered the gospel of Jesus Christ with her husband Apostle Reginald Lawrence, in many cities throughout the United States and South Korea. Together they have traveled and ministered on the African Continent, in Egypt and the Holy land.

In addition to serving as Prophet, Evangelist, Assistant Pastor and Teacher, she is also a wife, a mother and a licensed Real-estate Agent. She successfully added author to her list of accomplishments when her first book, "Don't Pimp the Prophetic Gift" was published in 2011.

Join Us For Worship!

Join Us For Worship!